Most cold emails suck. They are generic, and people hate them.

The solution is simple: Send emails that people will like. Do that and they will get on a call. To do that requires knowledge of your prospect and knowledge of psychology. The first is up to you, but we want to help you with the latter.

Here are a few ways you can use psychology and knowledge together for much more effective cold emails. Not only will these ideas make your emails better today, but after May 25, they might be your only hope.

The affect heuristic transfers good feelings to you

Biases get a bad rap. They are seen as standing in the way of rational decision-making.

But that drastically downplays their role in your life. Without biases, you would not be able to function in the world. You have so much information to take in at any given time, and little time to process much of it, that your brain needs a way to make quick decisions.

This is how you are able to think both fast and slow. In Daniel Kahneman's book Thinking Fast and Slow, he outlines the two mental pathways you use to make decisions:

Fast decisions employ heuristics. Heuristics are ways your brain associates new information with existing information. Instead of having to come up with a new model of the world with every single new data point that comes in, your brain just looks to your memory for something similar and then applies the same emotions, logic, and decisions. Heuristics aren't perfect, but they work most of the time, and, importantly, they allow you to think fast.

Fast thinking is what people are using when they open up your cold email. They aren't thinking about the logical use of your product in their workflow. They want to make a quick decision: Is this email worth my time?

People seem prone to using an affect heuristic which improves judgmental efficiency by deriving both risk and benefit evaluations from a common source — affective reactions to the stimulus item.

So you need to increase the feels in your emails. You want your audience to read your email and feel good. When they feel positive, they make positive decisions. That decision will be to continue the conversation with you.

To elicit a positive response, you need to tailor your cold emails around emotion. This doesn't mean creepy hacks, because they will elicit negative emotions, which means the outcome will be negative. Instead, you need to figure out how you can make recipients feel good about your email. When they do, you will feel the benefit.

How can you take advantage of this? By using other heuristics. Here are four heuristics people are using every time they see your emails. With each is a real-life example showing how this can work.

Social proof: a psychological phenomenon where people assume the actions of others in an attempt to reflect correct behaviour for a given situation.

I received this email while I was heading up the European Sales team at Stack Overflow:

It worked because, as I scanned through the email, I saw just one word: Blippar.

At the sight of that word, my brain quickly processed the reason why Blippar stood out: I know Tris, who was a recruiter at Blippar when I received the email. I know Tris is a great recruiter. If Blipper (read Tris) was using this company, it had to be good.

If Nicola could see inside my mind, this email could have been just three words and been as effective: Blippar uses us.

This is a great example of social proof. Someone I know and admire is a user, so it must be good. In fact, this went even further, as Tris had sourced 2 of my top performers at Stack Overflow—so what Nicola was pitching seemed an even better fit for me.

To use social proof effectively, you have to know your subject. Who from your current customers is your subject most alike? You might not know this on an entirely personal level, but you can know it on a company level. Your social proof should be tailored to each prospect by one of the following:

With the right tools, this can be mostly automated. Segment personalises each outreach email and has increased conversion rates by 200 percent. NB - Here I mean only automating the research around the three areas listed above. Never send multiple, templated emails aka “cold email at scale” - that’s simply SPAM!

2. Bizarreness effect makes you stand out

Bizarreness effect: the tendency of bizarre material to be better remembered than common material.

This isn't as common as social proof, but it's worth a try. It can backfire, but if you can generate a positive response that stays in your prospect's mind ahead of the other dozen cold emails they received that day, then you are already ahead.

Here is one we sent at Stack Overflow:

Note: The email isn't random. It includes specific personalisation. Pav had researched Victoria, which allowed the email to be even more memorable. It worked. Five days later:

As with social proof, impact is heightened through research and extensive personalization:

Pav took the time to learn something about Victoria and was rewarded with a call.

3. The Ben Franklin Effect uses favours for you, for you

The Ben Franklin effect: a proposed psychological phenomenon where a person who has already performed a favour for another is more likely to do another favour for the other than if they had received a favour from that person.

This one is more difficult to wrap your head around. It comes from a story Ben Franklin wrote about in his autobiography, describing how he dealt with a rival legislator:

Having heard that he had in his library a certain very scarce and curious book, I wrote a note to him, expressing my desire of perusing that book, and requesting he would do me the favour of lending it to me for a few days. He sent it immediately, and I return'd it in about a week with another note, expressing strongly my sense of the favour. When we next met in the House, he spoke to me (which he had never done before), and with great civility; and he ever after manifested a readiness to serve me on all occasions, so that we became great friends, and our friendship continued to his death.

This is an example of cognitive dissonance. Franklin's rival had two options:

But why would he lend a book to someone he didn't like? He wouldn't. So, he must like Franklin. That is the twist that occurred in the rival's brain.

It is not exactly the same, as Pav offers reciprocity. But the Franklin effect shows that you don't need to do this (in fact, it might be detrimental). The act of asking for a favour means the prospect has to either not do it and feel bad for not doing it, or do it, in which case their brain presumes they like you (because, otherwise, why would they be doing you a favour).

Note the favour Pav asks isn't to listen to his pitch. It is completely unrelated. But the good feelings elicited by the Franklin effect are then transferred to Pav and the idea of the sales call.

4. The IKEA effect can get people on your side

IKEA effect: a cognitive bias in which consumers place a disproportionately high value on products they partially created.

This bias is often cited in tech for product development. The more a user is involved in creating their own success in your product, the more they will value it and the more likely they will be retained. You can also use it to get people on your side with cold emails.

When I sent this email, I needed to reach someone at Lovefilm. I wasn't sure of the right way to get in touch with her, so I started to create a path to the right person:

Janna introduced me to Andrew, who could then introduce me to Lyndsey:

Who could then introduce me to Sophie:

They were all partially creating this relationship, so they placed a high value on it. Because they were involved, they wanted our relationship to be successful.

In fact, this email also relied heavily on social proof. At every step along the chain, the previous person vouched for me. The recipient thought “Dim must be OK because Janna/Andrew/Lyndsey knows him!” In reality, I only knew Janna, but everyone had a positive affect associated with the previous people, so each made a positive decision to pass me along the chain.

Why this really matters right now

On May 25, 2018, the General Data Protection Regulation will come into effect. GDPR governs the use of personal data of EU residents. This means that, for EU residents at least, you will no longer be able to send them emails that a) they didn't ask for and b) aren't helpful.

If a and b sound familiar, it is because they are pretty much the definition of every cold email ever sent: an email the recipient didn't ask for that holds zero value.

Come May 25, you can be fined for sending the same cold email you have been sending for the past decade. This is filling salespeople with dread. It shouldn't. Why?

Because you should still be able to send the type of emails above. They work not just because of the affect heuristic and people wanting to make quick decisions. They work because they are incredibly personal. Personal email, not just personalized email*.*

“Hey FNAME” won't cut it. When GDPR comes into being, you should still be able to send outbound emails, but they have to be a lot better. They must be of specific value to the prospect. Not just, “Hey sales ops manager, you have a sales team and we have a sales product. Can I call you?” but:

I know your friend at Company X, who said you are looking for a new sales analytics solution. We help companies like Company Y, which has the same challenges as your company, Company Z.

Would you by up to hearing more about it?

P.S. Saw on Instagram you've just come back from Botswana. Would love to hear tales of the Veld!

Make your cold emails personal and use the affect heuristic to win with outbound after May 25. Rather than this being the death of cold email, it is really the revival. 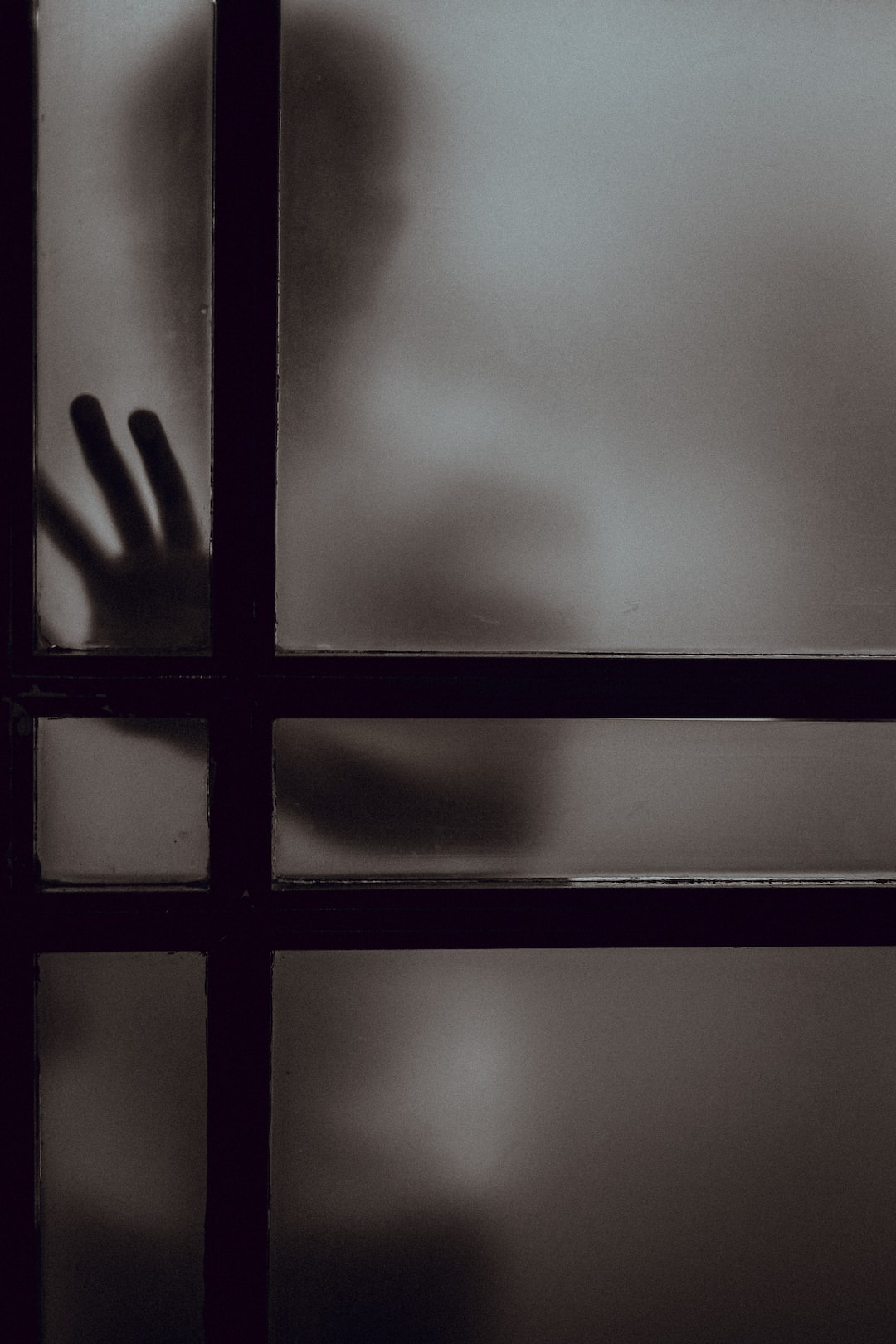 Every bad sales room has the same vibe—one of constant tension and animosity. Everyone is in competition, and everyone is at unease with their “team” mates. This is a

Our aim at Heresy is to fix sales. Part of our vision is being more transparent and sharing knowledge with teammates and the wider sales community. Closing Words is a series of short interviews with top-performing salespeople