In 1906, the great scientist Francis Galton, father of meteorology, forensics, and, unfortunately, eugenics, decided to take in his local county fair.

Among the refreshment tents and prize marrows, he came across a competition:

A fat ox had been selected and placed on display, and members of a gathering crowd were lining up to place wagers on the weight of the ox. (Or rather, they were placing wagers on what the weight of the ox would be after it had been "slaughtered and dressed.") For sixpence, you could buy a stamped and numbered ticket, where you filled in your name, your address, and your estimate. The best guesses would receive prizes.
James Surowiecki, The Wisdom of Crowds

Eight-hundred people took part. Galton, with his ever-inquiring mind, saw an exceptional opportunity to test a hypothesis. His hypothesis: people are stupid. One or two smart, knowledgeable people (butchers or farmers for instance), might know the answer. But in Galton's eugenics theory, the populous was dumb. The majority, and the average, would be way off.

The crowd had guessed that the ox, after it had been slaughtered and dressed, would weigh 1,197 pounds. After it had been slaughtered and dressed, the ox weighed 1,198 pounds. In other words, the crowd's judgment was essentially perfect. Perhaps breeding did not mean so much after all. Galton wrote later: 'The result seems more creditable to the trustworthiness of a democratic judgment than might have been expected.' That was, to say the least, an understatement.”

Individuals make decisions based on knowledge, rationality, emotion, and bias. But when a crowd of people works towards the same decision, each of these end up canceling themselves out. Knowledge cancels out emotion; rationality cancels out bias. This is the wisdom of crowds. And just as it can determine the right price for stocks, the right odds for a football game, or even the right weight for a bull, it can help you build the right sales process and team.

The power of collective intelligence

Our ability to collectivize our intelligence comes from perhaps our most human of traits—language.

Before language, there was no easy way to share knowledge. Our ancestors could show each other how to make fire or how to sharpen a spear, but beyond this show-not-tell, there was no way to get an idea from one head into another.

But the use of language for the dissemination of ideas is only small fry. The important part is that each of those dozen hunter-gatherers can talk back. Now you have a conversation about lighting a fire. One knows that Beech makes the best kindling, another that flint works well for creating sparks and making spears. The knowledge of one becomes the knowledge of many.

Language led to another big breakthrough—the passing down of knowledge. Before language, little could be learned and passed on from generation to generation. After language, a parent could sit with a child and tell them all they had learned during their life. The child instantly had all that knowledge, freeing them to explore new ideas and create new knowledge that they would then pass down. Growth went from this:

Source: Wait but Why

Not only does each generation pass down more knowledge, but the following generation can use that knowledge to generate more knowledge. The more you can communicate, the greater this multiplier effect becomes.

This ties to Galton's finding—the crowd is better than the individual. If we were all left to our own devices, never communicating, never learning from each other, we would still be just another animal. Every single generation would have to learn afresh.

But once we could communicate, the crowd was capable of finding the optimal solution better than any one individual. It didn't matter that any given individual in that crowd wasn't that smart or didn't have all the answers. The crowd together was smart and did have the answers.

And so it has continued through millennia. Humans may make some collectively dumb decisions. But on the whole, the sum of our collective knowledge pushes us forward with every generation. And what is true of humanity as a whole is true for pockets of humankind. In networks, in businesses, in departments, in small teams—the more you communicate and share knowledge, the greater the collective intelligence of that crowd grows. Individuals might make mistakes, but they can learn from others and others can learn from those mistakes, just as long as the team is communicating.

Standing on the shoulders of giants

Your sales team can take advantage of this exact mechanism to grow knowledge over time.

Or not. The industry standard for team attrition in sales is 33%. One-third of the team goes between each generation. These are people that don't get a chance to pass on their knowledge to the next. With a high attrition rate not only are you losing people and their knowledge, but you are also losing their ability to pass on that knowledge.

This then becomes a death spiral for your team. The next generation struggle because they don't have that knowledge. This increases their likelihood of failure and attrition. Your team becomes effectively a tribe before knowledge. Collective knowledge will grow over time but at a substantially slower rate. In this example 90% of knowledge is lost between generations. The makes every step up smaller, but also inhibits the next generations ability to learn. After ten generations, the group is only at 120% of original knowledge:

At Stack Overflow, the attrition rate for the EMEA Sales team was less than 1% (September 2011 - March 2016) . This was accomplished by design. We wanted a low attrition rate so knowledge stayed and grew with the team. We wanted to build a great team to work in so people would stay around so we would grow. We did this in a few ways:

Keeping attrition low and the team learning should be the priority for any team manager. It leads to the emergent properties of a sales team. From an operational standpoint, this becomes a massive boon to managers. In a traditional sales team, managers can become knowledge bottlenecks, the only people who can teach others. In an Agile sales team that focuses on intra-team communication, everybody sees this as a responsibility. Teaching becomes a group concept as everyone wants to raise the collective intelligence of the team.

This approach isn't without its challenges, but by focusing on the collective intelligence your team is growing, you will grow a better team.

Just as the proponents of this approach can be summarized in two people, Galton and Surowiecki, perhaps the opposition to this can be thought of as two people as well: Mackay and Metcalfe.

The counter-argument to James Surowiecki and the wisdom of crowds is Charles Mackay and the madness of crowds. Mackay published Extraordinary Popular Delusions and the Madness of Crowds in 1841. Instead of focusing on the abilities of collective intelligence, he showed how this collectivization of thought could go wrong. Economic bubbles, alchemy, witch mania are some of the examples Mackay used to show that sometimes humanity can go off-piste mentally.

As far as we know, only Sapiens can talk about entire kinds of entities that they have never seen, touched, or smelled. Legends, myths, gods, and religions appeared for the first time with the Cognitive Revolution. Many animals and human species could previously say ‘Careful! A lion! Thanks to the Cognitive Revolution, Homo sapiens acquired the ability to say, ‘The lion is the guardian spirit of our tribe.' This ability to speak about fictions is the most unique feature of Sapiens language. ... You could never convince a monkey to give you a banana by promising him limitless bananas after death in monkey heaven.

We are good at making myths, and myths can enter your sales team at any point. These are the myths of Glengarry, Glen Ross and The Wolf of Wall Street. In those examples, the crowd is mad rather than wise. If you teach bad practices from the start, it is those bad practices that will be communicated and shared. But over time, those teams won't survive.

Metcalfe's law can be more insidious, if only because it is less obvious. It is well represented by this diagram:

When only two people are communicating, there is only one channel. When you have a team of five, there are now ten ways of this team communicating. At twelve, this number jumps to 66. If you have a large sales team of 50 people, there are 1,225 connections between individuals.

Metcalfe's law leads to time suck for larger teams. If you want your team communicating, you need to have smaller teams, and then have a team of teams. This is built into the Agile sales concept. But it is always something sales leaders have to take into consideration—is the amount of communication decreasing effectiveness at a higher rate than the corresponding increase in effectiveness because of the wisdom of your crowd? Keep your teams to 5-7 people and have team of teams, and this won't be true. Try to run your sales as a single team and you will find that any wisdom is lost in communication.

We are a sales company, so we have focused on sales teams. But this concept is true for every single team in your company. It is true for your company overall. If you facilitate and reward knowledge transfer your team will grow with each generation. This simple shift will mean your team is learning from itself and you will start a flywheel of knowledge. Every new person that joins will make it spin quicker, and none will want to leave because of its success. 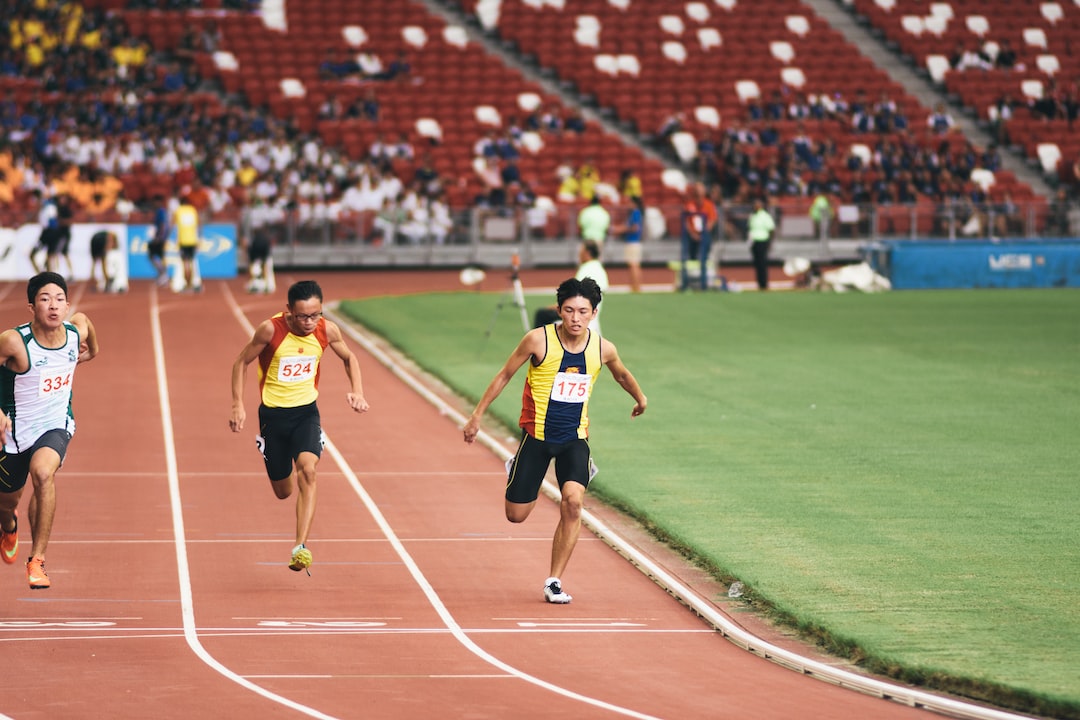 If you have ever run a distance race—whether it's a 5k or an ultramarathon—you will know the feeling of seeing the finish line come into sight. No matter how tired you were feeling, you suddenly get that burst of adrenaline and energy, enough to carry you over the finish line.

If you play poker, you would have most likely heard this saying: In poker, the person who wins is the one who wins the hand. The runner-up is the one